The Nagpur Municipal Corporation (NMC) banned Holi celebrations and Shab-e-Barat processions in public and private places in the view of rising number of Covid-19 cases in the city, a PTI report said.

According to an order issued by the NMC on Friday, not more than five people will be permitted to gather at public places during the festivals on March 28 and 29. All private establishments, offices, shops, markets and libraries will remain shut on March 29. Hotels and restaurants will be also be closed.

However, essential shops like stand-alone grocery, vegetable, and meat shops will be open till 1 pm in the afternoon, the Municipal Commissioner Radhakrishnan B informend.

The state government has already imposed strict restrictions in Nagpur till March 31, with partial relaxation. Earlier, between March 15 and 21, the city was under complete lockdown.

Currently, shops selling essential commodities are permitted to operate till 4 pm, while restaurants and eateries can function till 7 pm. And, food delivery services will be allowed till 11 pm. Schools and colleges will remain closed till 31 March, while the scheduled examinations will be conducted with COVID-19 guidelines.

The guardian minister of Nagpur Nitin Raut had informed earlier that a separate standard operating procedure will be issued for the festival of Holi, which will be observed on March 28-29.

Nagpur district recorded a single-day spike of 3,579 COVID-19 cases and 47 deaths on Thursday, an official said. The tally of infections in the district has now reached 2,07,067, while the toll has risen to 4,784, the official said.

As many as 1,67,464 patients have recovered from the infection so far, he said, adding that the district is now left with 34,819 active cases. With the addition of 16,064 swab samples tested on Thursday, the total number of tests conducted in the district has reached 15,41,183.

After touching its lowest mark in mid-February, India’s active COVID-19 caseload is on a steady rise and has breached the 4-lakh mark again after around three-and-half months. As of date, there are 4.21 lakh active cases in the country, a net rise of 25,874 infections in a day. 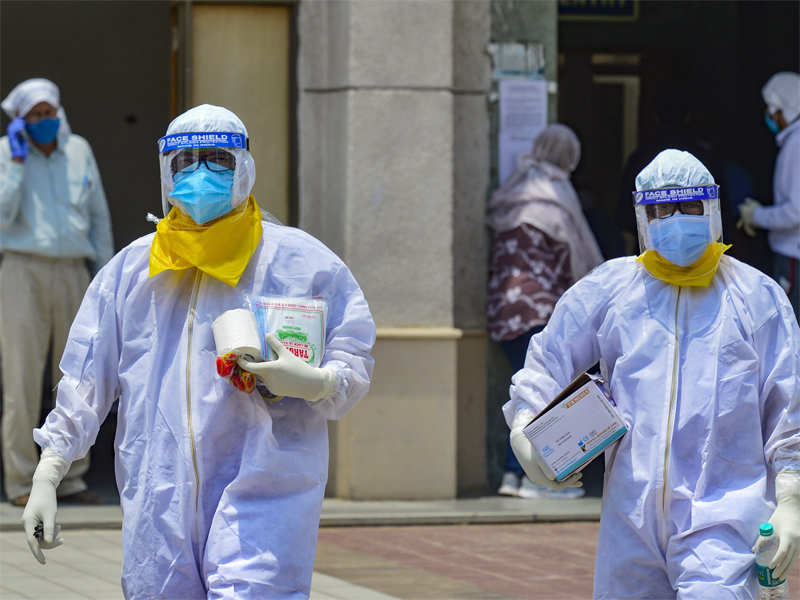 Lockdown again in many states of India.

Lockdown again in many states of India.